Denise Franklyn has known Mackenzie Vaughn since she was a little girl. He’s been her best friend through all the good, and bad. For a time they drifted apart, but when trouble comes knocking on his door she’s there for him.

Mackenzie Vaughn’s career as a surgeon involves lots of tension, and rapid decision making. When someone kills his boss after a confrontation, Mack quickly becomes the prime suspect. Thankfully Denise is by his side as his name is cleared.

But the bodies keep dropping. All are individuals that are linked to Mack. As the FBI are called in all Mack can do, and hope for, is to keep Denise safe from what’s quickly becoming some very dangerous circumstances.

The jangle of the phone ripped Denise out of sleep. Squinting at the clock, she groaned into her pillow. She couldn’t ignore it, not that it appeared ready to be ignored. Fumbling a bit for it in the dark, she put it to her ear. “Huh?” she grunted.

There was a long silence before his voice was there. “Denise?”

Blinking, she woke up quick. “Mack?” she whispered. “What’s wrong?”

“Shit,” he muttered. The word was slightly slurred and took a long time to come out.

“Mack, you’re scaring me, what’s wrong?” Sitting up, she shoved her hair out of her face. “Where are you? Are you okay?”

Stunned, she froze with one leg out of the bed. She couldn’t have heard that right. “You’re where?”

“Outside your door,” he mumbled again.

Not sure if she believed him, she slipped from the bed, scooping up and slipping into her robe as she raced through her condo. Padding down the stairs, she dashed to the front door to stare at the security monitor next to the door. Son of a bitch, he was there.

“Why are you here?” She asked the question as she unlocked her door, disarming her alarm at the last second before tearing the door open. Gaping at him, she hung up the phone. “Jesus, Mack, get in here.” Grabbing his arm, she dragged him into her home.

“I shouldn’t have come,” he said. He was scraping his hands through his hair repeatedly.

“Hey,” she whispered. Laying a hand on his arm, she rubbed the tense muscles, then wrapped her hand around his wrist and pulled him to the sofa. “Sit down, Mack. Sit and I’ll get you a drink. Don’t you budge,” she ordered.

Once he had his ass on the cushions she went to the kitchen. Grabbing a glass, she dumped in some ice and then poured two fingers of the scotch she kept just for him. Since he didn’t visit all that often, it was still mostly full. A moment of consideration and she took the glass, and the bottle back into the living room.

“Here.” She passed over the glass before sitting down, two feet of space between them. “Do you want to talk about it?” she asked.

He shook his head, draining the glass fast enough Denise felt her own throat burning. “No, not right now,” he said.

She knew that tone. It was the one he used when he had a problem and was trying to work it out for himself.

Buy Links – Click the image to go to that site

I am Moira Callahan, author and proud Canadian. I write Romance. Short, long, and everything in between they are always sinfully hot and sexy reads.

Not everyone will like what I write, that’s a given. This is my site so you will play by my rules. Negative, or derogatory comments are 100% unacceptable. You will no longer be welcomed, and will be reported accordingly. I am a sarcastic woman, I swear, and I will tell it like it is, but it is my site so I can do whatever I want.

Questions? I just might have the answer. Check out my FAQ’s page first though to see if it’s been asked enough I posted an answer to it. If it’s not there, head over to the Contact Me page, and shoot me a message. I will get back to you as quickly as I can. No promises though, I have a RL job that’s a bit of a time suck, could take up to 72 hours for a response – but you will get one!

As of March 18, 2014 I signed with Evernight Publishing. This was an exciting, and decidedly terrifying time for me, to say the least. And thus, the journey began…

For all my books, click on the MY BOOKSHELF tab at the top of the page. 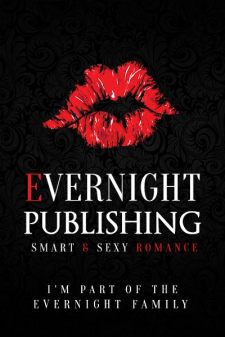 All images on this site are:

Legally purchased – Royalty-Free site Fotolia (now stock by Adobe): https://en.fotolia.com/, and Pixaby: https://pixabay.com/;
Supplied to me by the owner or;
Copyright © 2020 Moira Callahan